Last September 2017, iQor Talisay celebrated their first anniversary in a simple barbecue party held at The District North Point. And they have grown so much in just a short span of time that this grand thanksgiving ball is just but fitting.

It was truly a magical night as more than 800 agents from three different accounts came in their lavish and glittering evening wear, complete with their professionally done hair and makeup. It was astonishing to watch, as it was reminiscent of a ball in Disney princess movie.

Prelude to the Ball

Before all the festivities, a sumptuous dinner catered by L’Fisher Hotel Bacolod was served. L’Fisher Hotel is one of the accredited caterers of the SMX Convention Center.

The ball was then opened with a cotillion dance by several couples who lead different teams at iQor Talisay.

iQor Operations Director Varun Pandey welcomed everyone and expressed his thanks and appreciation to all the staff. He said that iQor exists and is successful because of the highly skilled and committed staff. With that, he feels privileged to have worked with such a crop of talented individuals.

The highlight of the ball was the Search for the iQor Queen 2018, which was by participated in by transgender women who represented their own teams. They were introduced in a dramatic parade of fantasy costumes that delighted the audience.

The Search for iQor Queen 2018 was open to everyone in the LGBTQ community who is on active status at iQor Talisay. They were given the chance to represent their cluster and showcase their beauty and poise in three categories, namely, the fantasy attire, evening gown, and talent competition. The talent presentation was presented in the cluster level.

Following the parade was the talent and eventually, the question and answer portion.

The talent portion was a variety show of sorts as each contestant showcased their talents in dancing, singing, newscasting, and impersonation with the support of their teams. 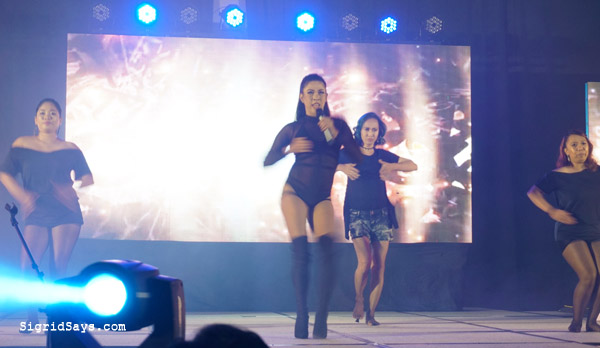 Many opted for the humorous route in their presentation and everyone had a great time!

The successful iQor Year-end ball celebrated gender equality in the workplace. iQor wants to emphasize that everyone is important, respected, and has a rightful place to be in the company. They want to let people feel equal and accepted, no matter what their gender preferences are.

To those interested to know more and  be part of  iQor anywhere in the Philippines,